Are we still friends? I’ve neglected you – but, if it helps, I’ve thought of you often!

Now, before I blog about events of the last 8 months let me tell you about my latest obsession (other than taking photos of spider webs and rain covered grass – thrilling, non?)  – singing!  Yes, dear blog, I AM a (very) amateur rock star.

My debut is tonight.  Thank the Lord that it is far enough away to discourage any of my friends down here in Nowhere to come and watch (me FAIL!).

Guitar playing rock n roll Cousin:’ Mumof5, do you want to be a rock star?’

Me: ‘Well, hmm……’   but actually thinking of a sold out Wembley Stadium (yep, who remembers that place? I certainly do after winning tickets to see Michael Jackson following a ….well, as Mother reads this blog, I don’t like to say – anyway, I won the tickets fair and square, got my charming sister and off we went.  I hooked up with one of the crowd monitors (class) and when I met him at a later date, my prince had turned into a Toad…….a short Toad.. with  a bad leg. As my Mother instilled politeness in me, the date continued but for shame…….), me looking twenty years younger and very lean…..oh and tanned…..and wealthy rock cool with a voice like Tina Turner…….  ‘ok then. I’ll do it’

This was back in May. Since then I have assaulted the ears of my family with singing practice.

After the first or second practice, my rock n roll cousin said ‘ you know, you could walk into any band and sing’

Which I took to mean that ‘You’re the best damn singer ever’ rather than, what it literally meant ‘you could (physically) walk into any band and sing’ – it was just a statement.

So, my Ego, after a bit of voice juice on a Friday night, contacted a local band to arrange an audition as they were looking for an experienced rock/blues singer (and not some mum down the road who’s sang into a microphone 3 times and sounds more like someone who sing nursery rhymes than the Rolling Stones).

I turned up to the band practice. It was a very warm evening and as I walked into the music room, the sun was behind me – which is how I like it –  and met the band. Fortunately, I had the foresight to bring some cold beers to make them like me and they were well received…..more than I would be.

‘So hey, mum of 5, great to have you. We’ve got a gig in a couple of days and were just going to run through the set for that night as we’re using this other drummer. So have a look at the song list. All the ones on the left are the ones I sing, you can sing the ones on the right.’

‘ok. Sounds all right’ – so I go to have a look at the list and to my horror realise that I don’t know ANY of the songs on right list but 1 or 2 on the left list.

It was a musical death the like of which I hope I never experience again (tonight? St Cecelia, St Jude, St Anthony (to re find my voice), all the Archangels, Mary, Mick Jagger, Jimi Hendrix, Howlin Wolf………pray for me).

As I walked out, the sun hit me full in the face  – which is how I don’t like it. Ego wise –  I could liken it to the moment the bucket of water is thrown over the Wicked Witch……Ego just shrivelled up and sank into the ground.

Let’s wind on – Tonight (and probably for one night only):

Bugger – ok – I need to stop writing this blog and bleachify the peepee stains around the toilet as the Face is bringing a friend over tonight – a FEMALE friend – who will judge me to be the sloven that I have turned into.

Here is a photo of a spider web: 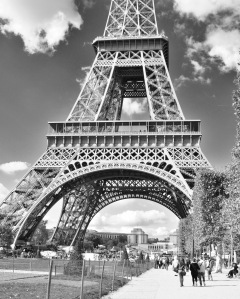